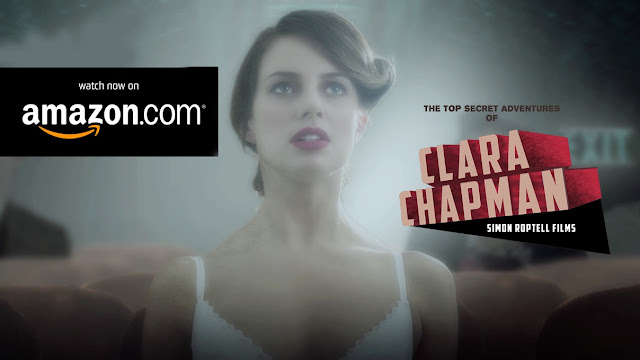 In the 1940’s the US produced swashbuckling adventure serials which would later go on to influence the Indiana Jones films. During this time, one of the most popular pieces of entertainment in the UK was the “Jane” Daily Strip. So popular was this cartoon for British Morale, that Churchill is rumoured to have said that the titular character and her exploits motivated his troops to go that extra mile. Thus, with a world war victory to her Garter belt, Jane Gay and her Dog Fritz in the Norman Pett strip “Jane” became as popular in the UK as Mickey Mouse and Donald Duck. 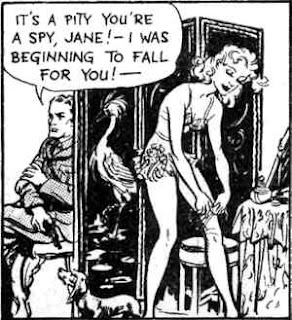 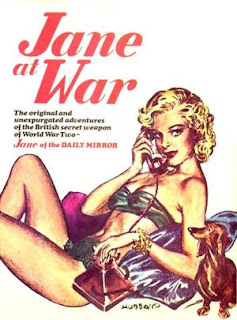 For the unfamiliar (those not over the age of 100 that is) Jane Gay was a racy British secret agent not afraid to get stripped to her undergarments to get things done. She fought Adolf, she fought the Hun and you did not hear a peep out of her, despite the ration, despite the battle or despite her stage of undress. Jane’s courage and resolve was as strong as Winston’s and many of the Brits would go on to say she was the best thing about the bleeding war.

But then, after 30 years or so of triumph, Jane Gay vanished. 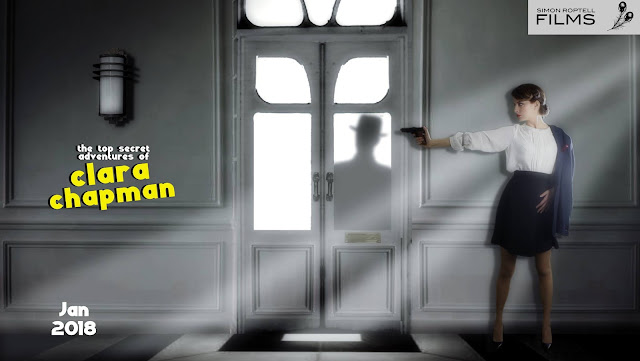 Simon Roptell's Clara Chapman, inspired by the "daily strips" of the 1940s.

And then in 2018, The Top Secret Adventures of Clara Chapman is released. In an age where Wonder Woman is less super-heroine and more Gender Studies teacher and Lara Croft is stripped of any quality which made her the first lady of computer gaming it is refreshing to see that Clara is as true to the 1940's burlesque adventure as any Jane, Jill or Jackie. Like Jane, Clara may lose her clothes whilst in a bout with her nemesis or even on public transport (The film features a magnificent bus pole fight) But this is not strip down to your knickers for strip down to your knickers sake. This film is making a comment about exposure.

Exposure these days has come to mean exposure by numbers. The famous and the not so famous are being defamed and infamed by their sordid or reported to be sordid past, with not so much as an “I object you honour”.  Nestled in this World War 2 adventure are stories of characters attempting to not be exposed. One scene features a British Captain trying to get back some naughty drawings he has accidentally placed in a library book, while another features a Brit dressed as a German trying to persuade another Brit that he is not German. In the end they are all as exposed as Clara and gripping for garb that is as secured as clothing in a Salvation Army bin. 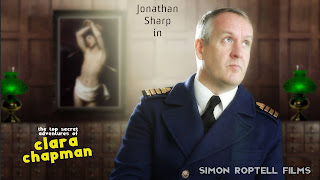 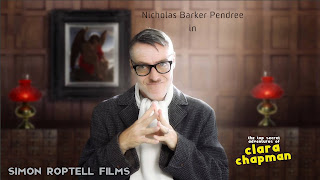 "War within a war" the threat of public shaming. Library scene: The Top Secret Adventures of Clara Chapman.

The Top Secret Adventures of Clara Chapman is a joy from start to finish. It is racy, funny and offers great, though very cryptic commentary about who we are and where we are. Hannah Minnock is fantastic as Clara and James Charles, a veteran on classics such as Ripping Yarns and Allo Allo is Brilliant as the absent minded and unflinching Commander. In fact all that are in this little production are excellent. I viewed this on Amazon.com and believe this to be the only place at the moment one can view it and highly recommend it.

The world needs a new Norman Pett and by golly I think we have found one in Simon Roptell’s the Top Secret Adventure’s of Clara Chapman.

The Top Secret Adventures of Clara Chapman. Viewable at Amazon.com or Amazon Prime. 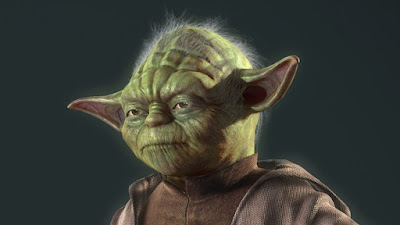 Is Yoda Evil? Star wars and the Jesuit maxim: Give me a child until he is seven and I will give you the man.